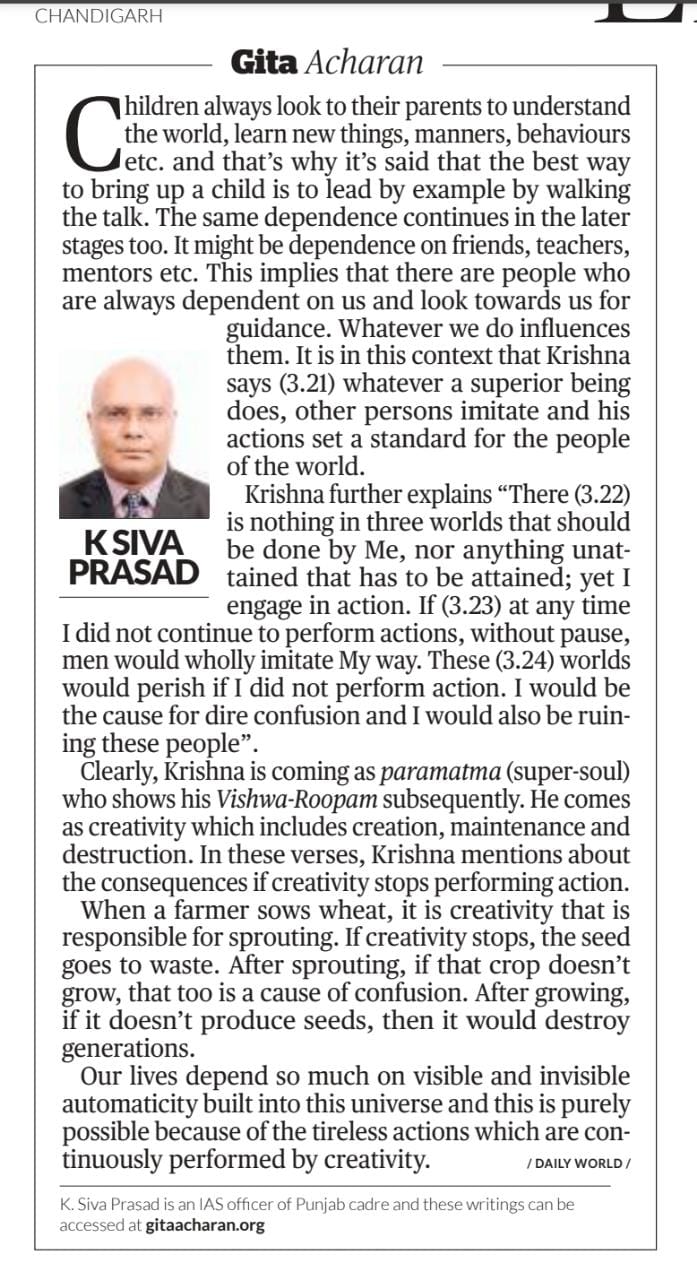 Children always look to their parents to understand the world, learn new things, manners, behaviours etc. and that's why it's said that the best way to bring up a child is to lead by example by walking the talk. The same dependence continues in the later stages too. It might be dependence on friends, teachers, mentors etc. This implies that there are people who are always dependent on us and look towards us for guidance. Whatever we do influences them. It is in this context that Krishna says (3.21) whatever a superior being does, other persons imitate and his actions set a standard for the people of the world.

Krishna further explains "There (3.22) is nothing in three worlds that should be done by Me, nor anything unattained that has to be attained; yet I engage in action. If (3.23) at any time I did not continue to perform actions, without pause, men would wholly imitate My way. These (3.24) worlds would perish if I did not perform action. I would be the cause for dire confusion and I would also be ruining these people".

Clearly, Krishna is coming as paramatma (super-soul) who shows his Vishwa-Roopam subsequently. He comes as creativity which includes creation, maintenance and destruction. In these verses, Krishna mentions about the consequences if creativity stops performing action.

When a farmer sows wheat, it is creativity that is responsible for sprouting. If creativity stops, the seed goes to waste. After sprouting, if that crop doesn't grow, that too is a cause of confusion. After growing, if it doesn't produce seeds, then it would destroy generations.

Our lives depend so much on visible and invisible automaticity built into this universe and this is purely possible because of the tireless actions which are continuously performed by creativity.